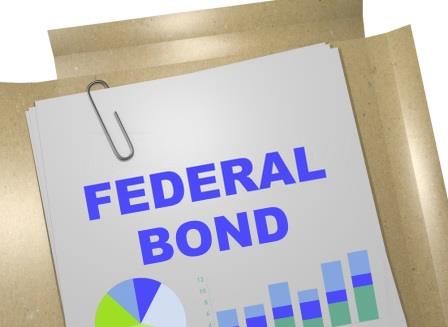 FGN savings bond. Government bonds are one of the safest investment options available. It’s a good way to invest your savings and let them grow over time. this article walks you through how to invest in fgn savings bond.

What is a Government Bond?

A government bond or sovereign bond is an obligation instrument issued by the government to raise funds for its operation.

A government bond is just like normal lending, in this case, the government is the borrower.

Bonds can be issued by either state and federal governments or even companies. for example, the FGN savings bond is issued by the Nigerian Federal Government.

There are several reasons government borrows.

For instance, if the Nigerian government needs money to execute a project, and money from tax and other government earnings won’t be sufficient to fund the project.

The government can seek to borrow money from the general public.

They will sell bonds to the public in exchange for the money. And after a period, the money is paid back with interest.
So when you buy bonds like the FGN Savings bond, you are lending to the government.

What is a Bond?

A bond is just a piece of paper the government or any other issuer prints. It acts as an agreement to repay the assigned amount at a specific time with the accumulated interest.

The bond is co-signed by the government and investor. The content of a bond includes:

The cost: the Amount each bond is sold. The number of bonds issued by the government is dependent on the amount they wish to generate.

The Maturity: this is the bond period. It is the length of time before the government pays back the amount stated on the bond to investors. The maturity of bonds can be within 1 to 30 years. The FGN savings bond has a maturity of 2 to 10 years.

Interest: In every borrowing, there is an atom of interest and bonds are no different.

The interest is the additional sum you get for giving out your hard-earned money to the government for a period.

Interests on bonds usually range from 5% to 15% per year. The interest is the enticement of investing in bonds.

How To Invest in FGN Saving Bond

To invest in bonds, you have to sign up with an authorized stockbroker. Most members of Sec including FBNquest offer the federal government bond. You can also walk into any bank to ask about its sale.

Why You Should Invest in Bond

One of the major reasons why people love federal government bonds is because it’s low-risk investment.

You are lending to the government or top companies with lots of assets. So there is a higher chance of getting returns on your investment.

A government with a stable political and economic atmosphere can always raise money through tax and other income to repay matured bonds.

Buying bonds is just as safe as putting your money in a fixed deposit account. Only that it is more profitable.

It is highly liquid

Federal bonds can easily be traded on the stock exchange market as a security to get back your money. Bonds aren’t like fixed deposits which you can only hold yourself.

So for instance, if Mr. Okon Obong buys the FGN savings bond at N50,000 each. He can easily sell the bonds to Mr. Peter at higher or lower costs.

Banks and other financial organizations buy up a lot of government bonds with deposits made to them. It is one of the ways banks earn money.

When should I sell my bonds?

Yes, you can easily sell your bonds before maturity to meet up your financial needs.

Also, you can quickly sell off your bonds if you notice the government is having a political or economic crisis. If the Nigerian government faces a major financial crisis (which is unlikely), then that may be your cue to sell your FGN Savings Bonds.

A bond from an unstable government or firm is a huge risk. So it’s only wise to transfer the risk to another person.

This is the amount a person gets from investing in bonds against its cost.

If you buy government bonds, for instance, you will be paid interest at their maturity. The amount you receive as interest becomes the yield.

Likewise, the yield is the amount a person receives from the sale of a bond on the stock exchange market.

It is a proportion of what was invested in the bond.

When you sell bonds on the stock exchange market, it can either be for a higher or lower amount.

An investor can panic due to irregularities in government operation or a show of unstableness and decide to sell the bonds.

It may likely go for a lower price than it cost.

Conversely, if the government is doing well and investing in bonds is the best thing at that point, then the investor will be reluctant to sell; which will prompt the buyer to pay more for the bonds.